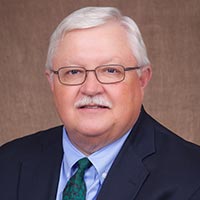 Dr. Meyer joined Partners for Production Agriculture in January 2018. In his role, he speaks on various industry topics, develops and delivers economic data and analyses, and works with clients to provide critical perspectives.

Dr. Meyer has worked in the hog industry in a number of roles. As Vice President of Pork Analysis for EMI, he conducted ongoing analysis of hog and pork markets. As President of Paragon Economics, which he founded, he monitored and analyzed cattle, beef, and poultry markets. He served 12 years as an author of The Daily Livestock Report, sponsored by CME Group. He currently writes a feature article for the National Hog Farmer’s Weekly Preview e-letter that focuses on economic issues in North America’s swine/pork sector.

Prior to founding Paragon Economics, Dr. Meyer served as Director of Economics for the National Pork Producers Council and the National Pork Board from 1993 to 2002. In that capacity, he provided economic counsel to producers and NPPC/NPB staff while coordinating staff and consultants’ activities regarding meat industry production. He also administered NPPC/NPB programs dealing with marketing and pricing systems, industry structure, coordination, and competitiveness. Since leaving the NPB staff, Dr. Meyer has served as the organization’s consulting economist.

Steve and his wife, Carolyn, have three children and live in Stillwater, Oklahoma.

He is no fool who gives up what he cannot keep to gain that which he cannot lose.